Top 10 Must Haves for the Ultimate Beach Wedding

The beach is perhaps the ultimate setting for a wedding ceremony; indeed, when a couple chooses to tie the knot in such a beautiful, nature made venue, they often find that they have little need for decorations. The gleaming golden sun, the swaying, emerald-hued palms, the bronzed sands, and the jewel blue sky will in themselves serve as radiant adornments; coming together to provide the perfect backdrop to any wedding.

Even so, you can give nature a gentle nudge with the help of a few must haves; those beautiful little accents that will lend beauty and character to any beachfront ceremony:

Planning a Beautiful Wedding on Any Budget

When you finally find the person of your heart—the one that you want to spend the rest of your life with—then it may be time to make it official; to make the person your lawful and eternal mate. And what better way to acknowledge this major life landmark than through the royalty and regality of a beautiful, ebullient wedding ceremony?

Of course, beautiful and ebullient does not have to equal expensive; and truth be told, just about any couple can host and facilitate the wedding of their dreams—even if it’s on a budget.

Wikipedia: Flickr (stylized as flickr and pronounced “flicker”) is an image hosting and video hosting website, and web services suite that was created by Ludicorp in 2004 and acquired by Yahoo in 2005. → 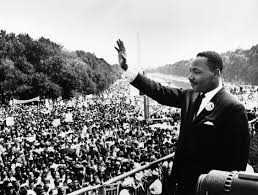 Happy Martin Luther King Jr. Day! This man changed the world for the better.  He inspired all of us to become better human beings. Never forget what he’s done.

Game of thrones Wedding. This one has a happy ending!

Qarth is a city from the popular HBO series Game of Thrones. Which is based off the epic novels A song of Ice and Fire written by George RR Martin. The complexity of the characters makes it one of the best fantasy novels of our generation. I dare to say he’s the equivalent to the modern day J.R.R. Tolkien. I know I will have others who disagree, but what fun is an opinion if everyone agrees?

A cute couple named Monica and Zlatko decided to tie the knot in Qarth. Or should I say Lokrum Island, Croatia. A beautiful ancient city by the sea still standing in this modern era.  The city overfills with details that make you perceive like you traveled back in time. When Game of Thrones became a huge hit, Croatia was no longer a hidden gem. I would fully expect more weddings and events being held at Croatia. Perhaps a brave couple would even hold a ‘red’ or ‘purple’ wedding.

The exchange of vows in the presence of a priest.

A wedding well suited for a king and his queen.

Thanks to Svadbas Photography, Monica and Zlatko for providing the beautiful photos.

Let’s face it; when most women are asked to describe their ideal wedding, the word ‘rustic’ does not rank among the top adjectives she is bound to offer you. Indeed, the vast majority of females want one of the most important, monumental days of their lives to be beautiful, elegant and timelessly sentimental. They don’t want to ‘rough it’ on the day of their nuptials; quite the contrary, they yearn to feel at all times like the princess of the day.

It’s a good thing, then, that today’s rustic wedding is indeed the picture of classic beauty and whole hearted tradition; and if the bride happens to balk at the concept of this wedding theme, then hasten to remind her of the elegant elements that merge to create a rustic ceremony.

Despite his young age, the ring bearer who appears at your wedding should be as elegant and stately as the ceremony itself. As the bearer and keeper of the golden wedding ring, this young man plays a pivotal and time-honored role in any wedding party.

In order to help the ring bearer meet these admittedly lofty goals, you can select from several viable—and very fashionable—options in dressing the ring bearer: